In Florence over 150 years of Good Taste and Tradition! 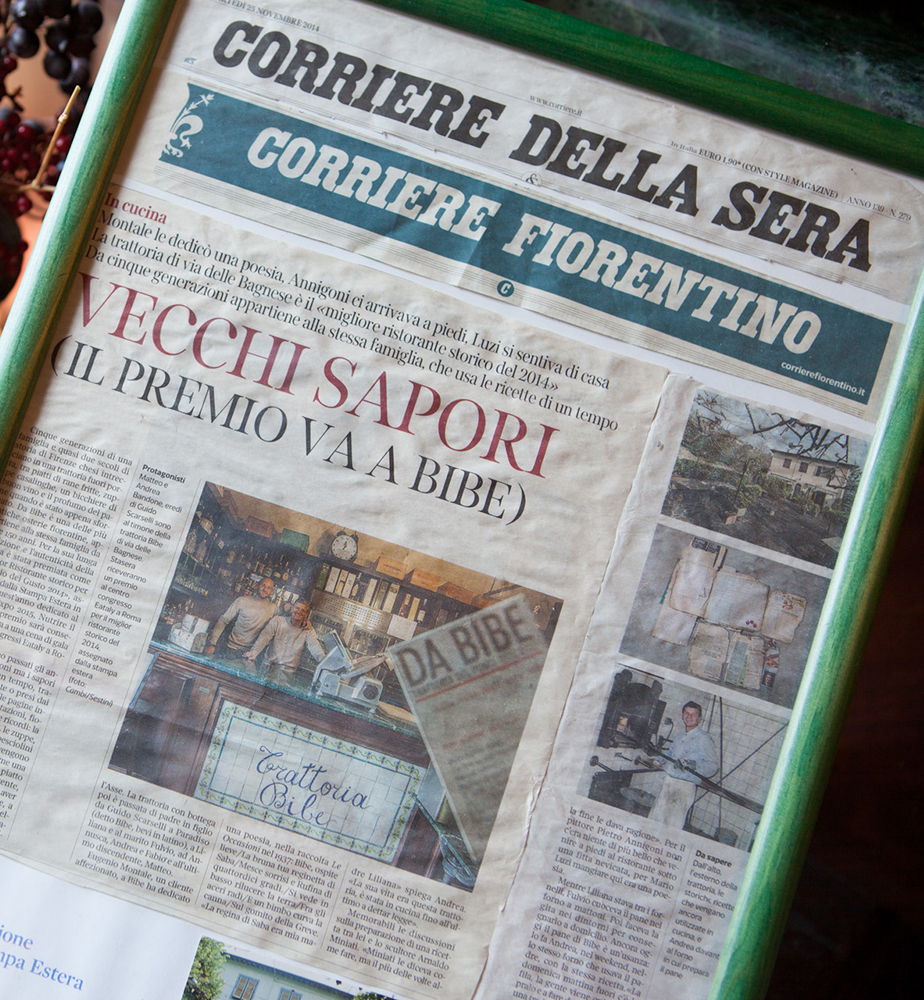 Da Bibe… the real corner of Paradise ... where you could meet artists such as Montale, Annigoni and Luzi

In Florence Trattoria Da Bibe... We keep the philosophy of hospitality alive

A dip in the history of the Florentine Culinary Tradition!

Bringing Tradition back to the table is not easy, you need passion, creativity and, why not, a historical name …Da Bibe Trattoria del Ponte all’Asse