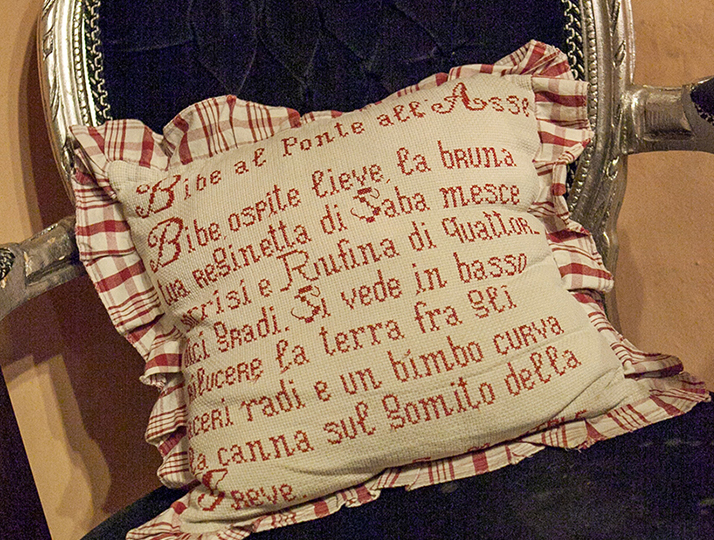 Da Bibe… the real corner of Paradise …where you could meet artists such as Montale, Annigoni e Luzi

Our great grandfather had a very particular and demanding name:: Paradise. Perhaps for this reason everyone called him Bibe, which in Latin means drink. His recognizability and his kindness are testified even by Eugenio Montale who, fascinated by the figure of the innkeeper and by the splendid place that houses the restaurant, in 1937 wrote a poem entitled Bibe al ponte dell’Asse which was then published in his collection Le Occasioni

…who, after a life spent in the kitchen, left us in December 2010. Today I Matteo Baudone,sixth generation, together with my parents Andrea e Daniela,we work every day to convey to you customers the same love for good food.

Annigoni also got there on foot, Luzi felt at home! 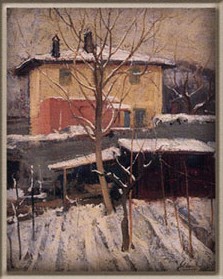 Snow in Florence has become a rare event; many years ago, however, it snowed quite often, as in this painting which depicts the house where the restaurant is well covered in snow, on one of the occasions it snowed in the sixties. Among the many stories told about this old Florentine restaurant, it was remarked that for the painter Annigoni there was nothing more wonderful than to walk to the restaurant under heavy snow!